ThatPainter is reader-supported. When you buy through links on our site, we may earn an affiliate commission. Learn More


Are you looking for some of the best neutral paint colors for your home? Well, stay tuned as we go over some specific ways for you to choose a neutral paint color or when to use them when not to use them. And even include some of my favorite neutral paints. As for the start, some practical steps on how to choose a neutral paint color for your home. I could just tell you to paint your house like Chantilly Lace (BM OC-65) or Classic Gray (BM OC-23) and just be done with it. But that honestly doesn’t really do you any favour. Everything is so different depending on your specific room and your circumstances and the vibe that you want to create in your house. So when choosing a paint color, there are three things that you really need to pay attention to.

The third one is really, really important specifically to neutral paints. The first thing you want to be careful of is lighting. This is what the same paint can look like. 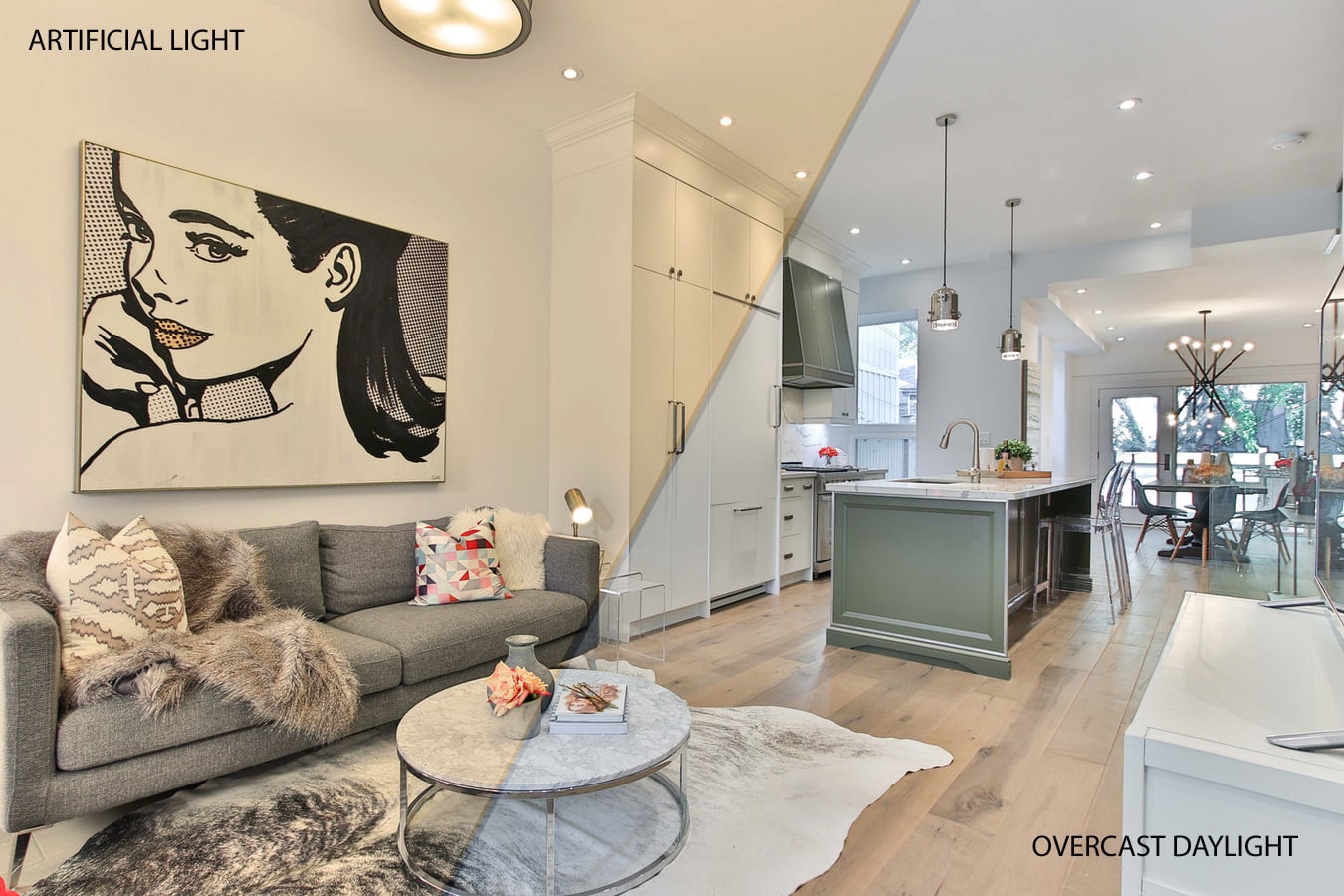 An artificial light versus direct natural light versus kind of an overcast day. And you can see, they look completely different. Sometimes this gets ignored. Because what we tend to do is just looking at this tiny little color difference in this versus this one. And in the end, we just throw it on the walls. And honestly, it makes such a massive difference depending on the lighting in your room. These tiny little tweaks of like “swiss coffee versus simply white” is not really as big of an impact as what lighting has. What I recommend you do is paint on different corners of your wall then observe them throughout the day. So that you can see, this is what it’s gonna look like.

Creating Your Own Vibe

The second thing that I want you to think about is the vibe that you want to create in your space. If you want to create something that’s really kind of warm and cozy and inviting and comforting, then you’re probably going to look to warmer tones. And if you’re looking at something that is kind of really cool and crisp and sophisticated, you’re going to go for cooler tone paint. The vibe that you’re creating in your space, what you want to get out of it, how you want to feel in your own home, that makes a massive difference on what paints you choose. 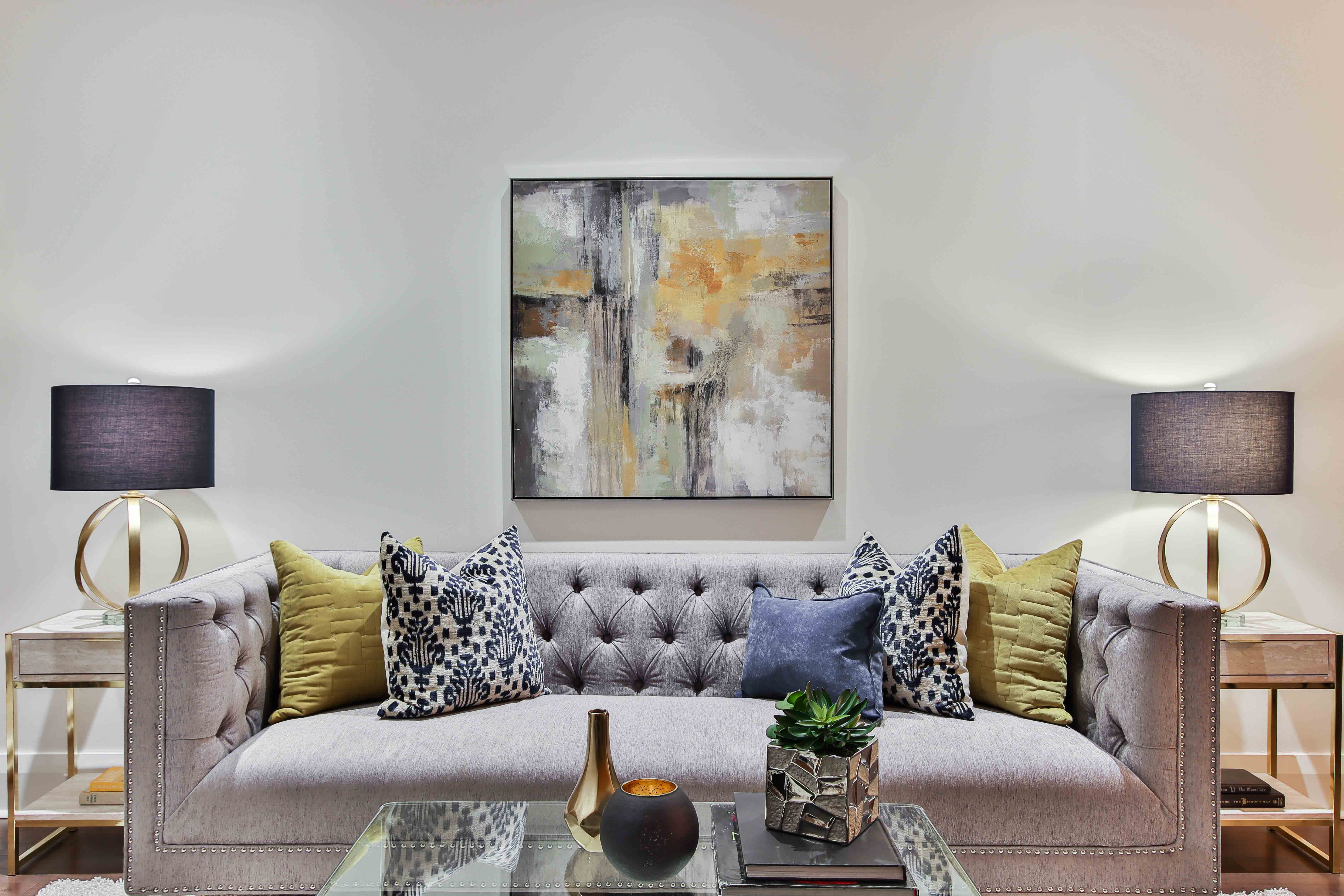 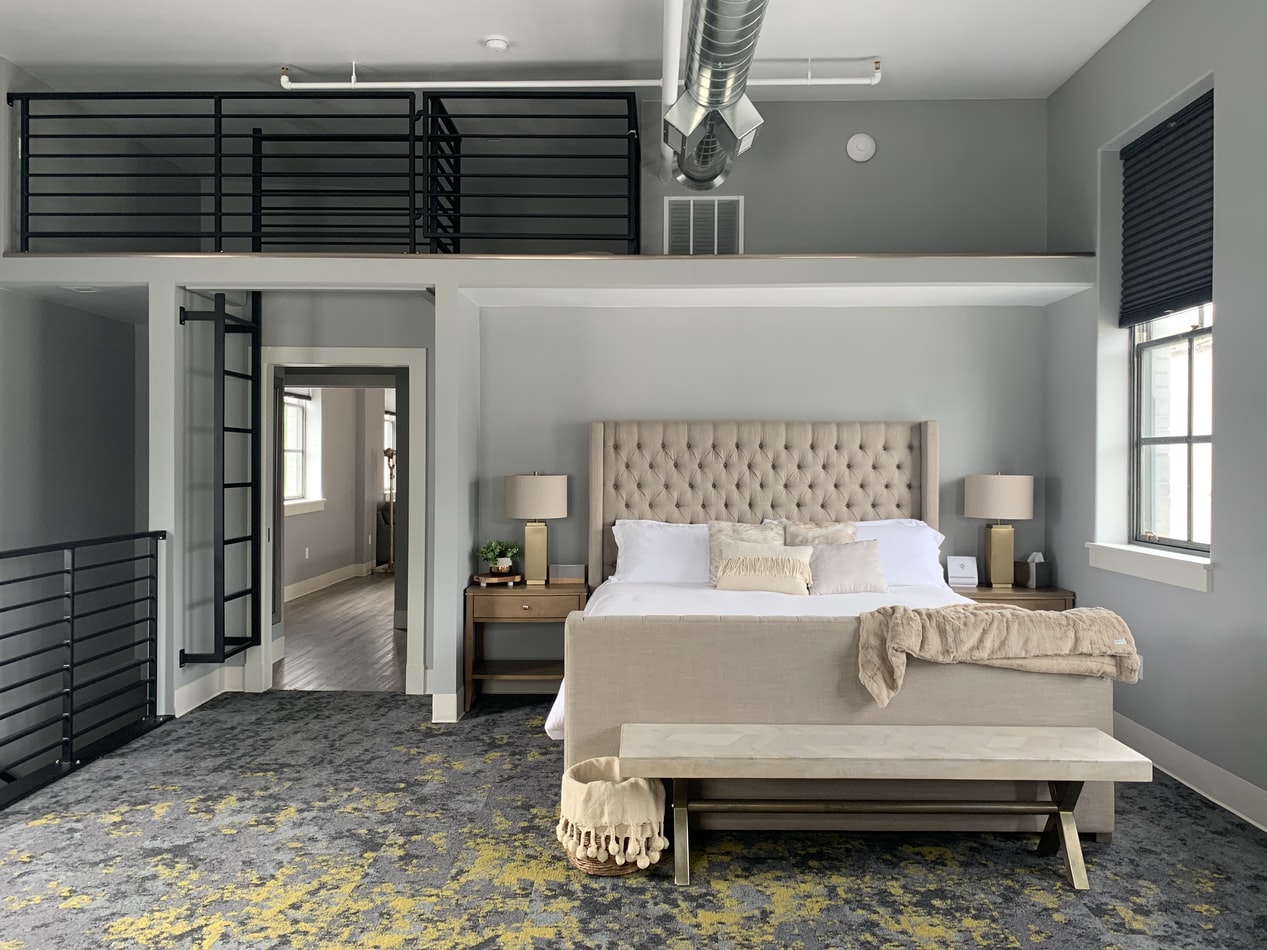 Think about that before you actually nail down a specific paint. And that leads to the third point which is about undertones. First of all, there’s something called the mass tone or the overtone of a paint. And that is kind of the very obvious color. When you see some things, if you go on a local store and you look at a color like “banana yellow” that’s really obviously yellow, that is the obvious color, but there are undertones from within different colors.

That really makes a difference in terms of where they sort of lead. They’re oftentimes called undertones and they are present in every paint of every brand. And I think this is really important when you are talking about neutral paints, because when we’re talking neutrals, we’re talking about whites, specifically, really off weights. We’re talking grayish, which is the unfortunately named word between gray and beige. 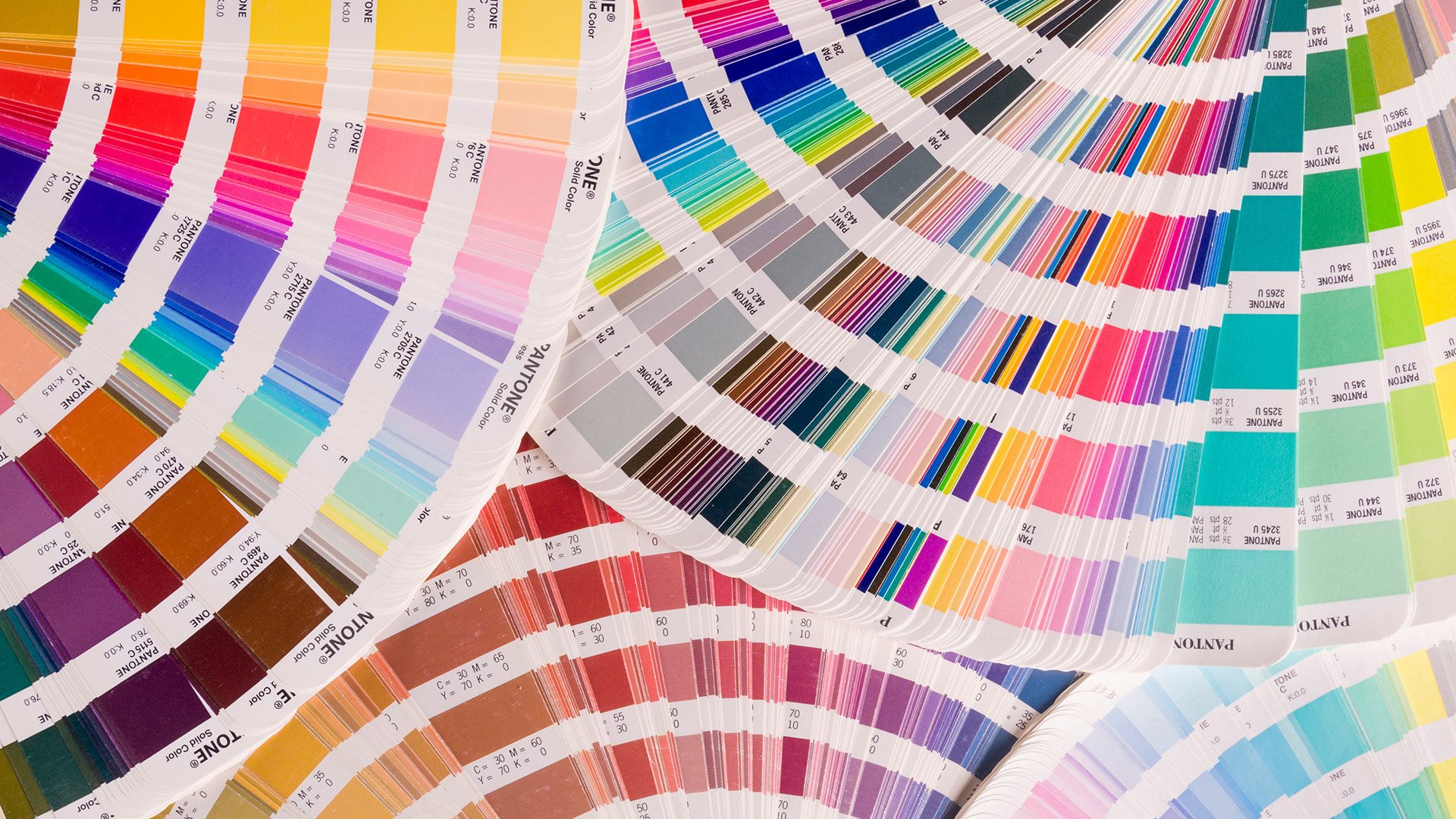 Black sometimes gets forgotten about, but that is also a neutral.

I find undertones to be really tricky. Sometimes it has been one of the really hardest part about paints that I have really struggled with. I mean, lighting is a whole world itself, but even just looking at undertones is really, really difficult. And I find the best way to figure this out is to bring out the old color wheels from elementary school. So within a paint, there’s often different undertones of green or blue or purple. And those tends to lean towards more of a cooler undertone, things that are yellow or red or pink, or even brown. They tend to be more of a warmer color. And I find it to be very, very tricky in order to figure out whether something is a warm-colored gray or a cool-colored gray can be really challenging. 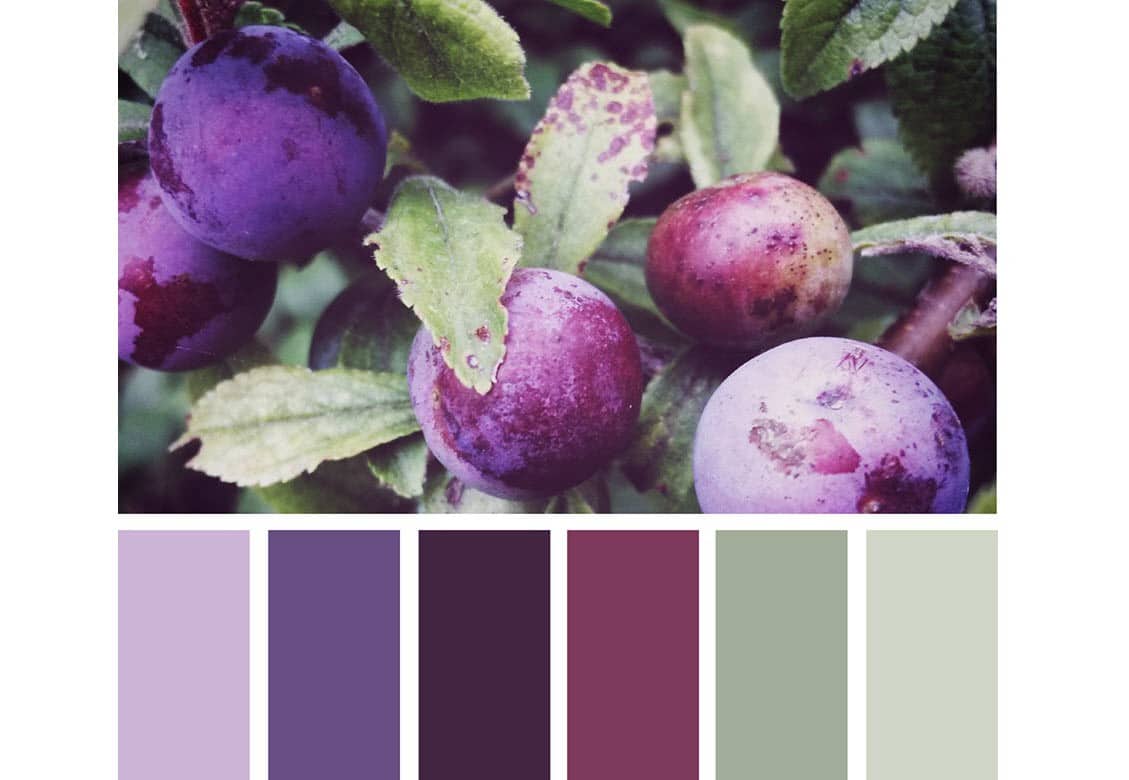 The best way to do it is to take kind of the pure color of that particular type. So say take a white piece of paper when comparing white paints. And actually, then you can start to see when in its comparison between a white piece of paper, you can sort of start to see which way they lean.
When looking at color, it’s always a really good idea to compare one paint color to another, because then you can really start to see the subtle differences in tone. This can be really tricky. Compare it to like going to a wine tasting. I’ve been to so many wineries and, you know, they’re like, this has hints of peach and it has like notes of apricots. And in the end, I’m like, there’s red wine, there’s white wine. 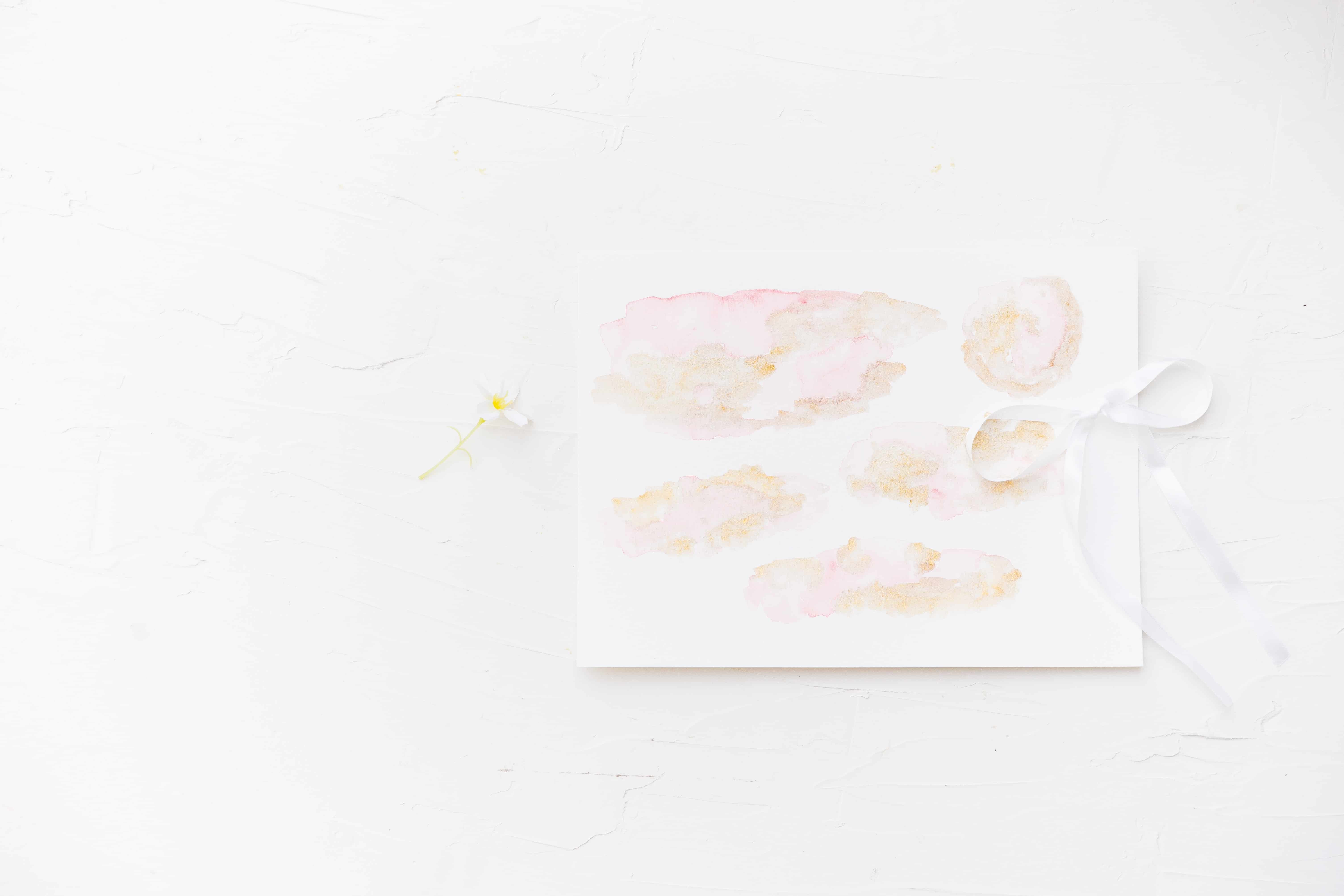 There’s good. And there’s bad. Like there is slight differences within wine, just like there’s slight differences in paint. You really have to take the time and figure out whether it’s warm or cool and whether it’s going to work with your other elements. So, you’re using a piece of white paper or using kind of the true color to determine whether something has warm or cool undertones. Let’s start to figure out whether or not they’re going to necessarily work in your space. I personally recommend that you want to create more of a cohesive, look, more harmony in the space. And in order to do that, I think the best shot that you have is really looking at the different fixed elements, looking at the different pieces that you have in the space and recognizing are there warmer elements to it. 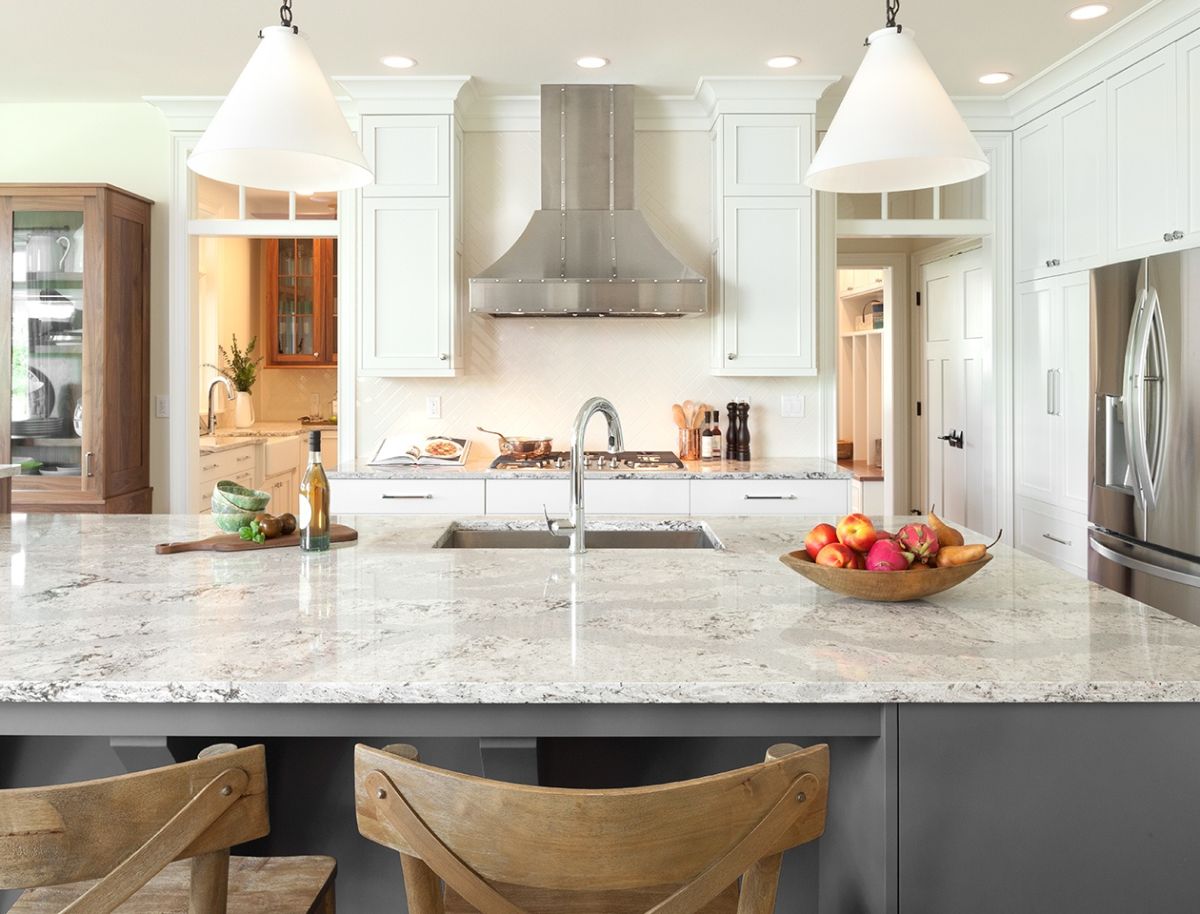 And if there are, you’re going to want the paint to sort of match with the flow and the undertones that are already there in the space. Let’s use an example. Let’s say you have a kitchen and you have Cambria quartz countertops in like a warm Britannica. And let’s also say you have wood cabinet doors. Well, for that you’re fixed elements by fixed elements. Things that you’re not going to change very often. That’s like your countertops, your cabinets, your backsplash, your flooring, right? If those things tend to be more on the warmer side, so you can see warm Britannica kinda has some undercurrents of yellow. It’s got some little gold flecks in it. It’s definitely right there in the name, as it’s called warm Britannica. You’d be better off using something that has a little bit of a warmer feel to it. 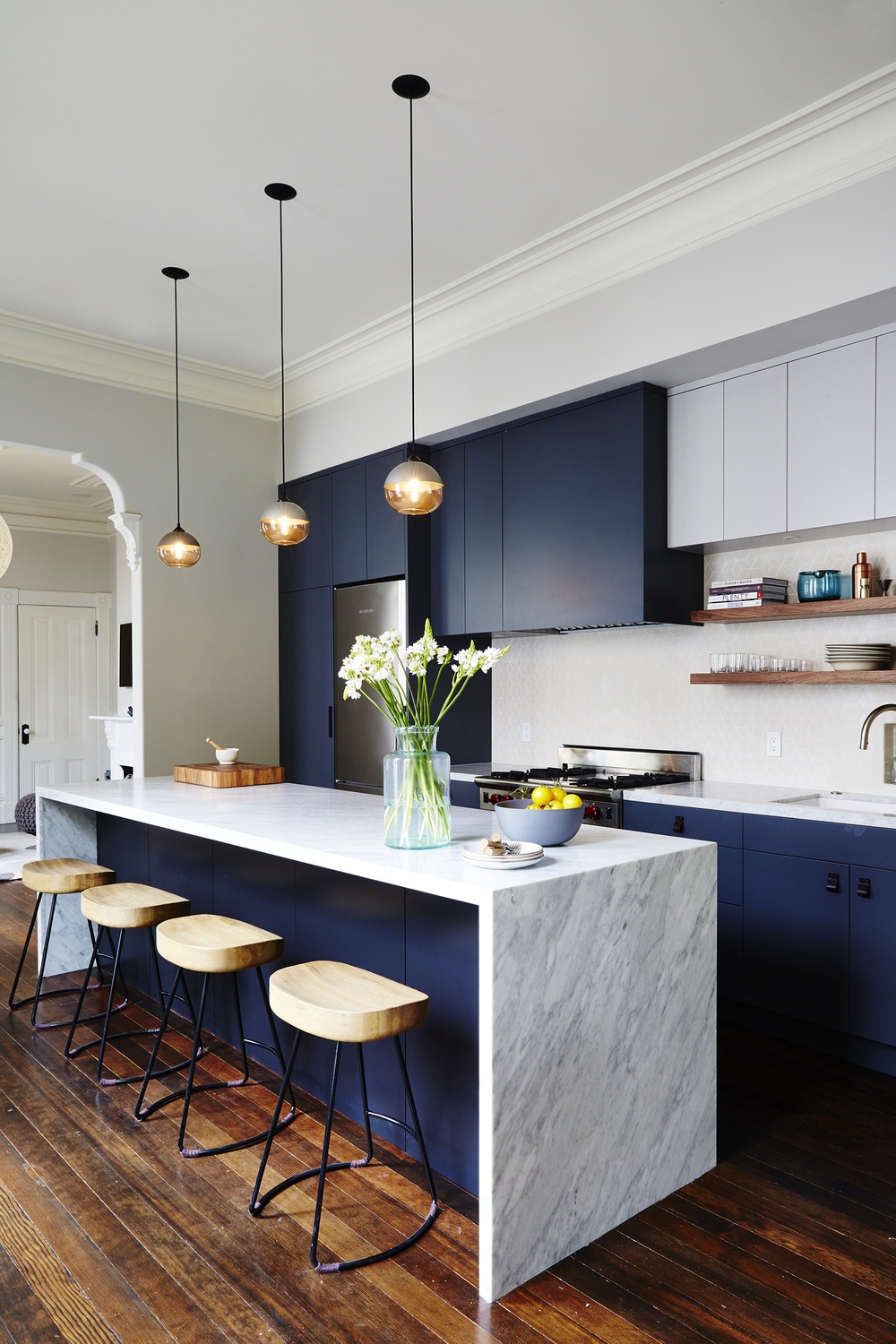 If you wanted to paint it white or grayish, you want to lean more into the warmer side in order for it to look cohesively. So it doesn’t clash with your countertops and your other fixed elements. But on the flip side, let’s say you’ve got like, kind of really cool Calacatta marble. And you’ve got, say like really kind of white crisp countertops to there. And maybe you’ve got some blue-painted or metal doors in the cabinets.

If you’re going to go for something like a gray or a white, you’re going to go for something that has some cooler undertones in it. That it matches with the rest of your space. So again, we’re really trying to create that cohesive space. We’re trying to take into account the vibe that we want to create, but we want to take into account all these different elements so that they’re working together and they’re not clashing.

This is all a little bit subjective. First, let’s talk about whites. A lot of people love it. And for good reason, it doesn’t really lean more towards either.

It’s the closest thing that benchmark has for a true neutral white. So if you want that light white crisp look, that’s a really great option. It’s the brightest paint. So if that’s kind of the look that you’re going for, white is a great option. I love simply white and recommended it all the time. If you want to go a little bit warmer or if you’re looking to go even warmer like cloud white it’s still an off-white. But it’s got quite a bit more creamy elements to it. Again, you’re seeing some kind of underlying yellow in there. It is quite a bit creamier and that’s a really awesome option as well.

White Is Always A First Choice 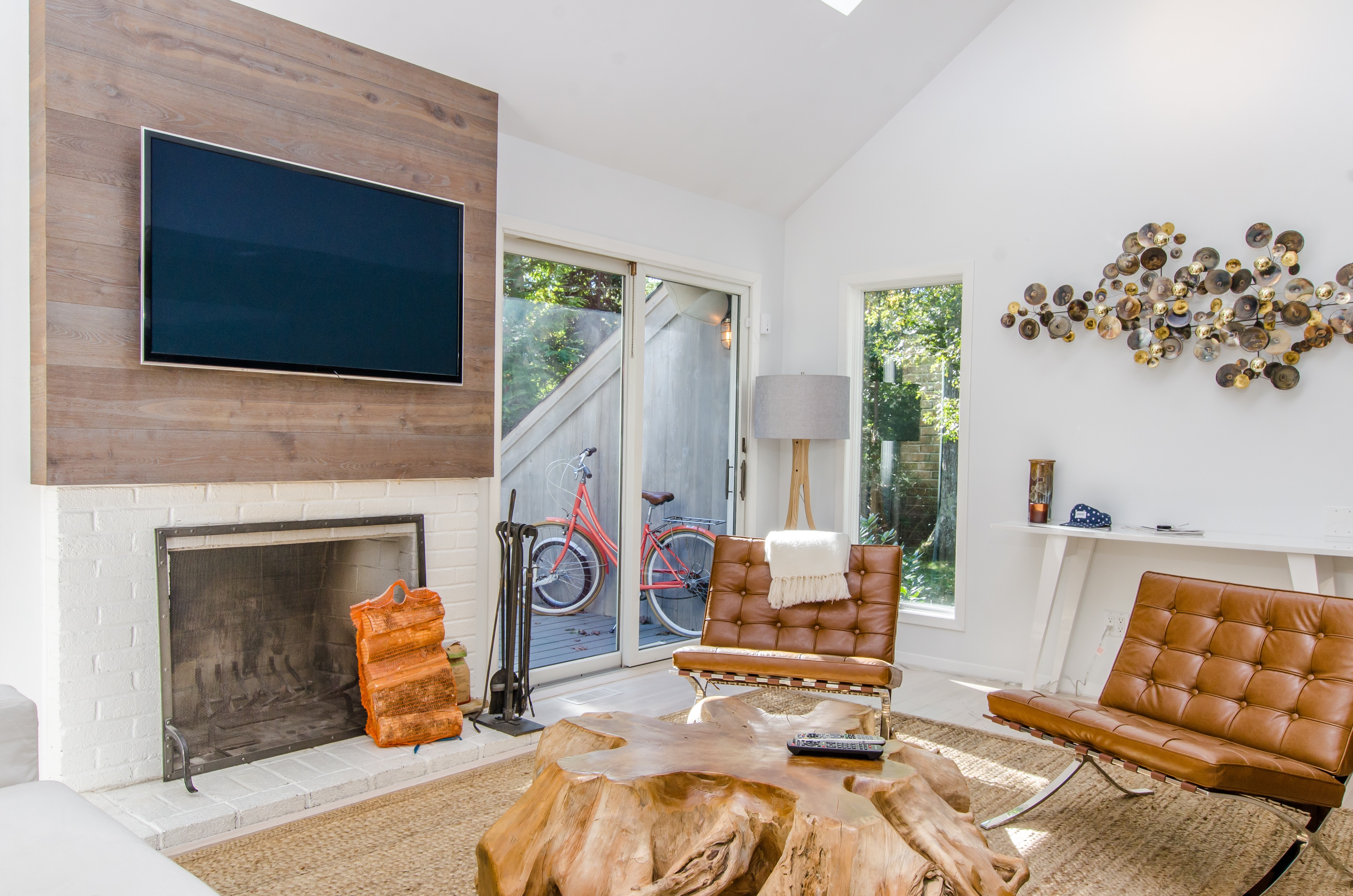 If you want to go cooler white is another really awesome option. Decorator’s white is also actually more of an off-white that’s a little bit cooler again. I would say decorator’s white again, if you’ve got like a lot of great elements, if you have a lot of marble, a lot of blues, a lot of grays, if you really want an off-white, that’s still very crisp and cool. I would say that decorator’s white is a really awesome option for you too. So those are kind of the range of other options. There’s tons of other ones out there, but those are just some to get you started. 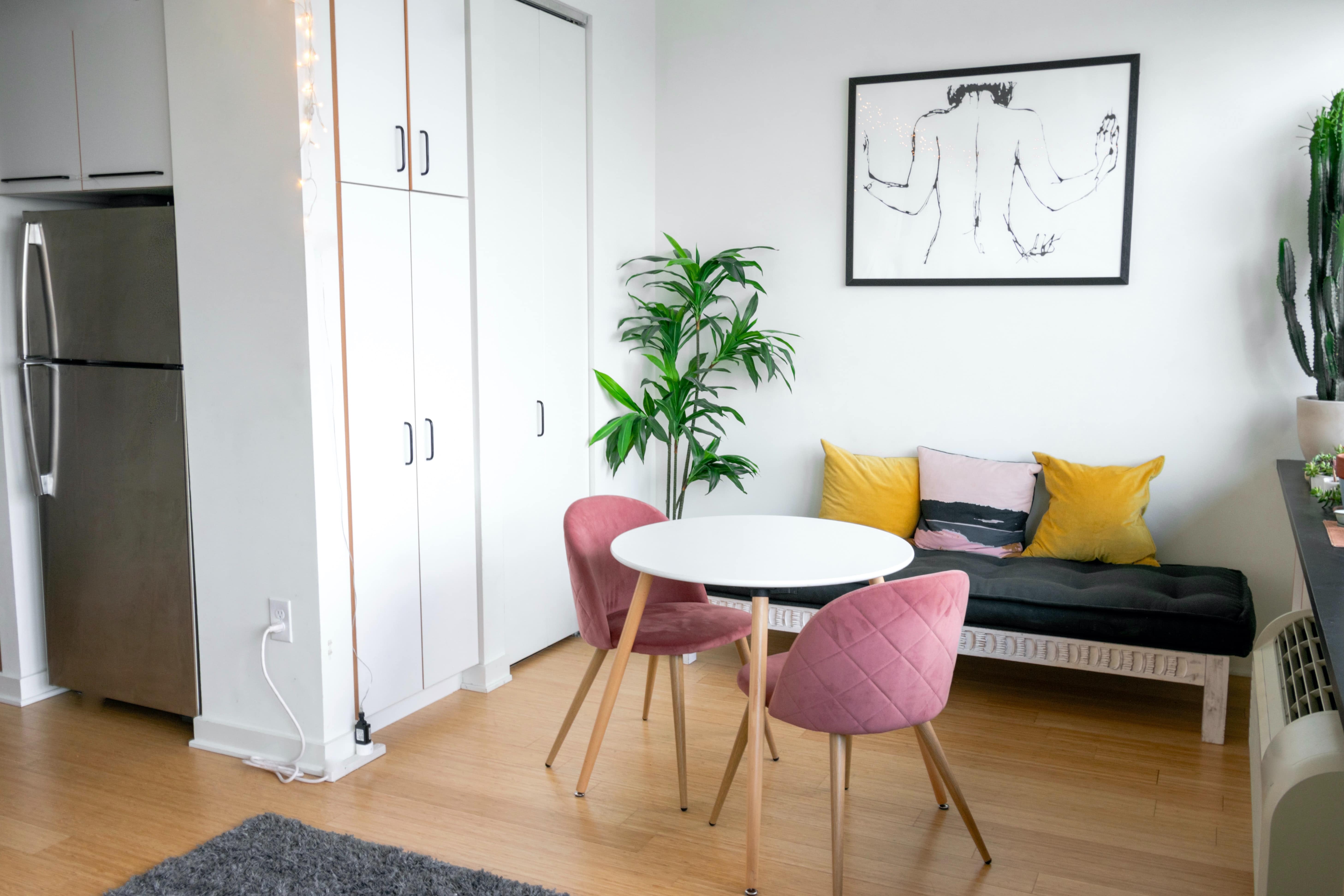 It’s been really kind of trendy for a long time. Gray is sort of the neutral of choice. A lot of people really love gray. These colors are going to be again a little bit more into the gray side, but again, even gray can be warmer or cooler.

If you really want to lead in to that kind of modern look and you’re looking for something a little bit very much on the cooler side, not a lot of warmth to it. Metropolitan Gray (BM AF-690) is really, really great. 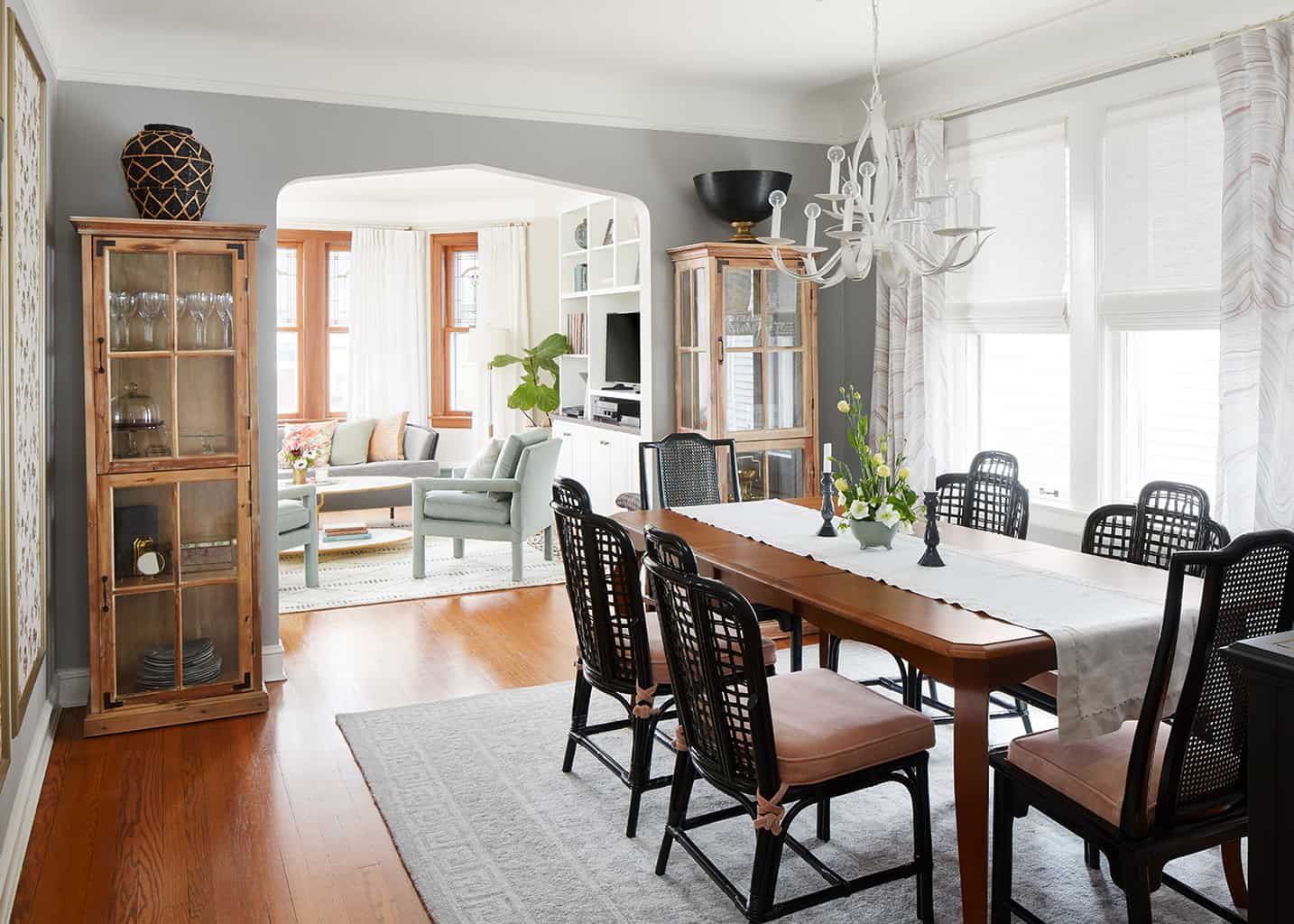 The next one I love is called Gray Owl (BM OC-52). Gray Owl is a little bit lighter than metropolitan. It’s still quite a cool gray, but it’s so light that it tends to work quite well, even with a little bit of some warm elements to it. Gray Owl is a really great option and then another awesome option to consider is classic gray. Classic gray has been around for a very long time. Classic Gray is very, very popular for good reason. It’s almost honestly an off-white and it’s quite light and it has a little bit of warmth to it. A great option if you’re looking for something great, but you’re not looking to really lean into some of those kinds of blue or purple undertones that you’re going to see. 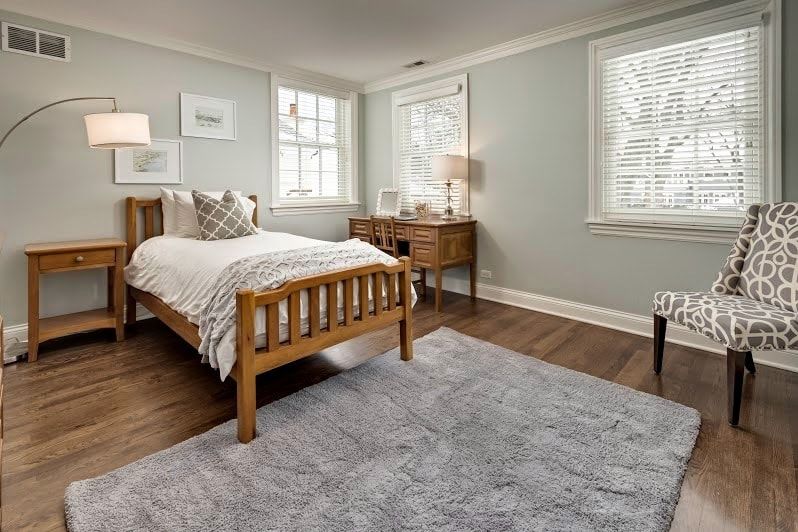 I think people always forget about black because they’re a little bit scared of black, which totally makes sense. There’s a couple of blacks I want to point out though, because I think black is a really kind of underappreciated neutral because it’s so awesome. It just creating kind of a lot of drama on a space. 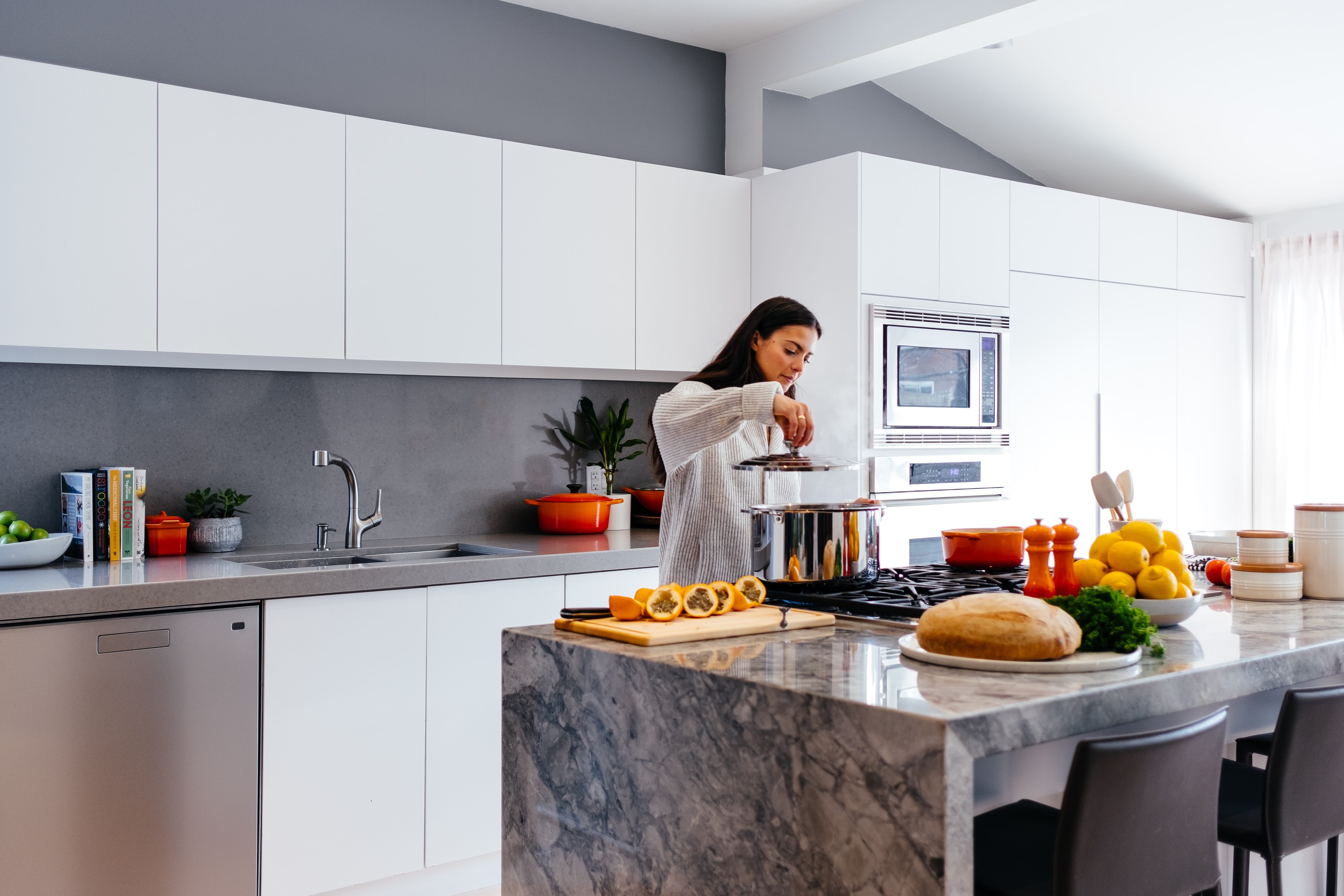 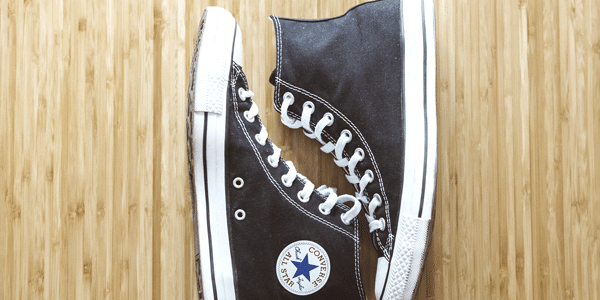 How to Remove Paint from Wooden Floors: Step-by-Step Solutions 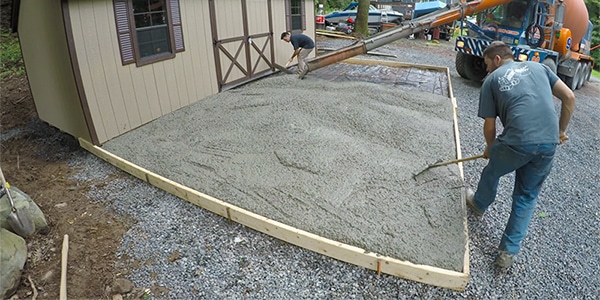 Concrete Calculator – How Much Concrete Do You Need? 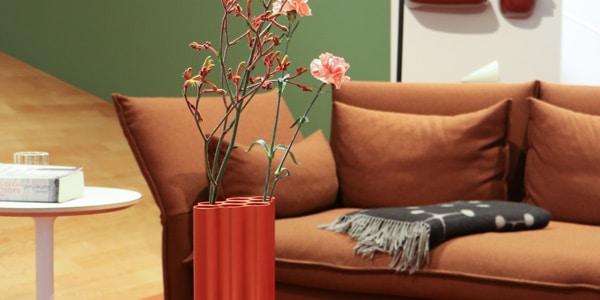 How to Combine Colors in Your Room: Designing Your Home Interior Color Palette