ThatPainter is reader-supported. When you buy through links on our site, we may earn an affiliate commission. Learn More 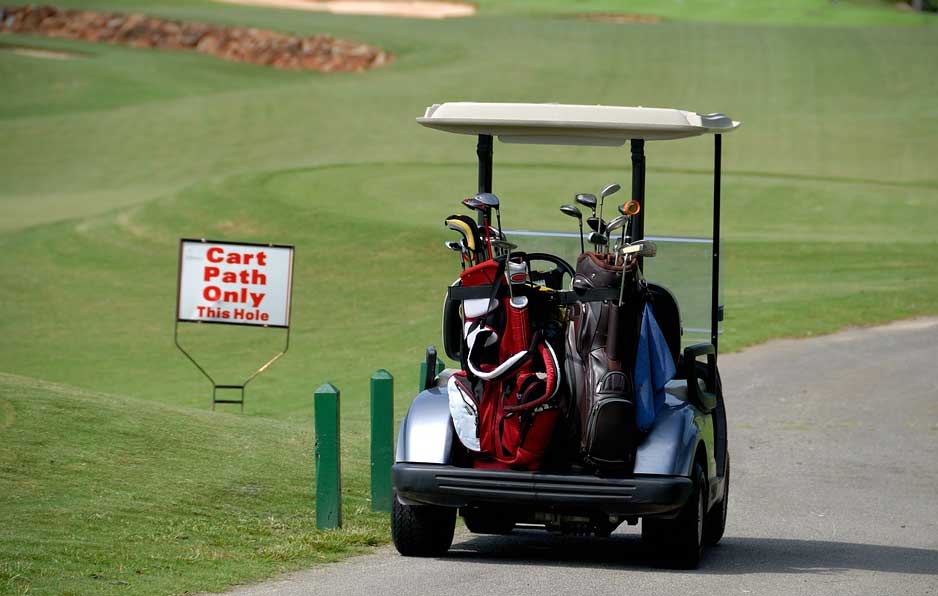 When you’re sinking nine or eighteen holes out on the golf course, you want the cart that you’re riding in to look as individual as you are. The cart that you’re using to travel from hole to hole, needs to say as much about you as your game does, which means that it should serve as a direct reflection of who you are.

Or maybe you run your own golf club and manage a fleet of carts that your patrons use, in which case, making sure that your golf carts look just as good as they always run should be right at the top of your checklist. You may have even thought about having your fleet of carts painted in the colors, or to mirror the livery, of your club.

Making that kind of bold statement not only shows your members how seriously you, and the club, take golf and that the pursuit of golfing excellence lies at the heart of everything that you do, it also has an unexpected bonus. Painting your golf carts in the club’s colors, also makes it incredibly difficult for would-be thieves to steal, and sell your carts.

That’s why we’ve put together a guide that’ll explain, step by step, how much it will cost you to paint your golf cart, or to have each golf cart in your fleet painted and whether or not it’s worth attempting to do the job yourself or calling in a professional to do the job for you.

And, just like there are with any other job, whichever way you choose to paint your cart or carts, there are upsides and downsides, but we’re going to explain exactly how you can avoid them and not end up getting trapped in a golf cart painting bunker.

How Much Does It Cost To Paint A Golf Cart? 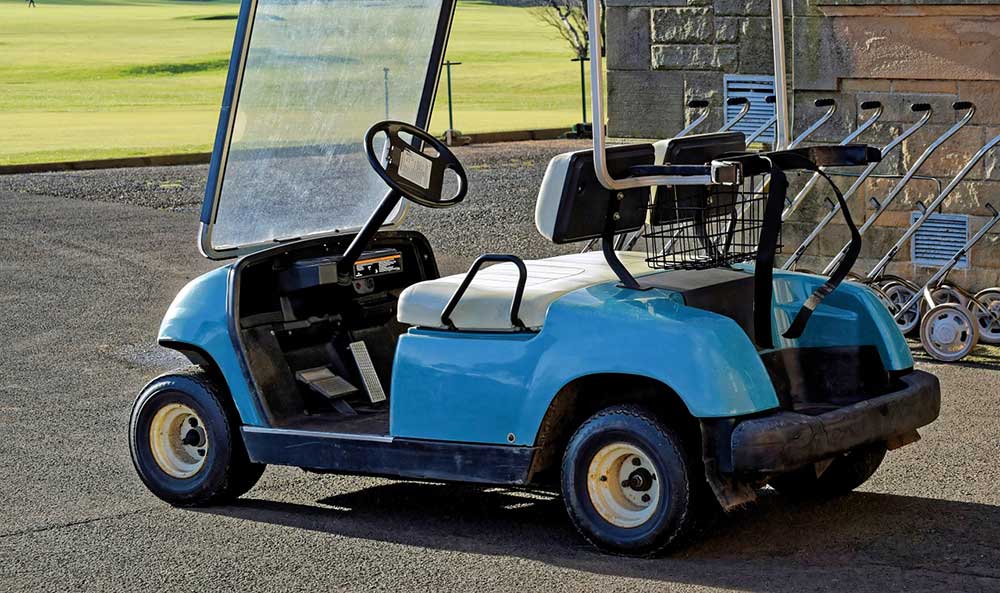 While that question is like asking someone how many shots over or under par they’ll complete a course in, having immersed ourselves in the world of custom and professional auto bodyworkers and painters, we estimate that it would cost anywhere between one hundred and six hundred dollars to have a cart painted, depending on the level of customization that the job required.

If you want to paint your own cart, adopt a real hands-on approach and stamp your own identity on it, then it’ll probably cost in the region of thirty to one hundred dollars to do so. The more time you take and the more intricate you make the paint job that you do, the more it’s going to cost you to do it.

Painting a fleet of carts is an entirely different matter, and while you might be tempted to try doing the job by yourself, as it’s a serious undertaking that will eat away at, and put a serious dent in your time and the schedule of your employees, it’s a much better idea to leave it to the professionals.

And as you’ll definitely want the carts to capture the spirit of your club and look good, you’ll need to budget somewhere in the region of six hundred dollars per cart to have them professionally painted.

Painting Your Cart Your Way

There’s a lot to be said for painting your golf cart by yourself, and depending on the level of painting expertise that you have and whether or not you already have the equipment, such as an HVLP spray gun, to do the job, it’ll cost you anywhere between thirty and one hundred dollars. The most expensive thing you’ll have to buy if you don’t already have one is the spray gun and all that you’ll need after you’ve purchased one of them is the paint for your cart.

Let’s be realistic, painting a golf cart isn’t the same as painting a Cadillac which means that you’re going to need a lot less paint to cover your buggy than you would to paint a limo. You’ll almost certainly get away with a single can of primer, paint, and clear coat and you should pay less than fifty bucks for all three.

Or you could just buy a rattle can from your nearest auto store and paint your cart for less than ten dollars. As long as you remember to properly mask your cart and paint it in a well-ventilated area, it shouldn’t take you more than three or four hours to do, and finish the job.

The biggest saving that you’ll make if you do paint your own golf cart though, is the labor costs. As your time is your own, you’ll be able to use as much of it as you want to paint your cart, and it won’t cost you a dime.

But if you manage a club, and you and your employees attempt to paint your fleet of carts, the time it takes to do so will end up costing you money. Wages need to be paid, and realistically, none of your workers are going to come in on their day off and paint the carts for nothing. It’ll probably end up costing you as much, if not more, to have your employees paint your carts as it would to have them painted professionally.

Leaving It Up To The Professionals

This is where it gets slightly more complicated as far as estimating the cost of painting is concerned but is infinitely less difficult when you’re trying to plan and prepare the paint job, as someone else does all of that for you.

Professionals usually charge by the square foot, and that includes any bodywork that may or may not need to be done (and let’s face it, with the amount of abuse that the average golf cart absorbs, there’s a pretty good chance that the bodywork will need some attention) before painting can begin.

And taking into account, and factoring any custom work that you’ll want doing, a professional will probably charge between fifteen and sixteen dollars per square foot to paint your golf cart(s).

The good news is, that if you leave the job up to a professional, you won’t need to buy any paint or equipment as they’ll already have it and that’ll be factored into any quote that you’re given for the paint job.

The even better news is that any professional auto painter and bodyworker will be fully insured, so if something does go wrong, all the costs will be covered. And if the finished paint job doesn’t look the way that you were promised and assured it would, a professional will take the time to correct the paint job and make your cart look like it just rolled off the assembly line.

The bad news is, you will end up paying for labor. In fact, it’s the time and effort that a professional puts into painting your cart that ends up bumping the costs of the job up. Out of the six hundred dollars, or so that it’ll cost to paint your golf cart, at least four-fifths of that will be entirely due to labor. You might not have to pay yourself to paint your golf cart, but you’ll definitely have to pay a professional to do the same job.

Is There Any Way To Reduce The Cost Of Painting My Golf Cart?

There are a number of ways to significantly reduce how much it’ll cost you to paint your golf cart, and we’ll run through them so that you either can or can’t take advantage of them according to which painting path you elect to follow.

Making Your Money Back – While you’ll never make back every cent that you pay out if you paint your own golf cart if you sell your paint gun and any paint that you might have left over after you’ve finished the job, you might at least make a little something back. And if you buy leftover or second paint and a second-hand spray gun to do the job with, it’ll probably cost you even less and you can still sell it all after you’ve finished. You’ll be looking at pennies rather than dollars if you do, but at the end of the day, every cent matters.

Body Wrapping – Then there’s the other way you could literally half the amount that it will cost you to have your golf cart painted by a professional, and that’s wrapping it, or them, in vinyl. Instead of having a professional paint your cart, or carts, you could pay them to wrap it in vinyl instead. As hardy and long-lasting as a good paint job is, vinyl wraps can look incredible and the cost of designing and fitting a wrap to your cart will literally half any potential painting bill. And using a wrap on your cart will allow you and whoever designs it to get as crazy with your cart(s) as you want to.

While it’s entirely possible to save a not inconsiderable sum of money by painting your golf cart yourself, we wouldn’t recommend that you do.

You want your cart or your carts to look the way you feel and let every other golfer on the course know that you’re playing a round or two, and the only way to do it is by having it, or them, painted by a professional.

And if you do want to save some money, don’t have your cart painted. Have it vinyl wrapped instead.

Written by Lianne Reviewed by Editorial Team
Updated on August 10, 2022
"> 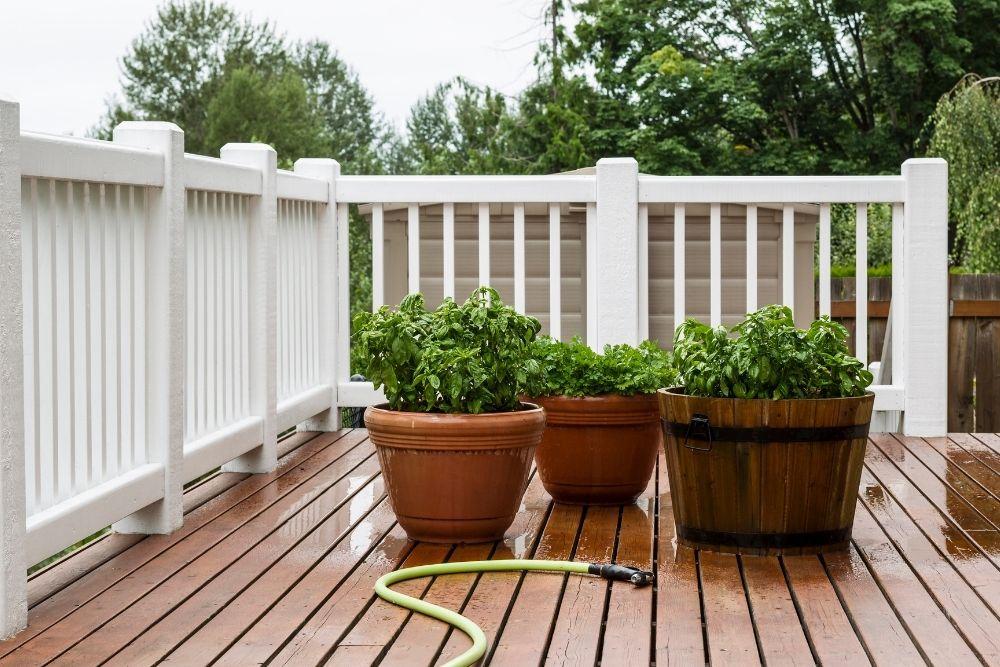 Written by Lianne Reviewed by Editorial Team
Updated on August 10, 2022
">Can You Paint Concrete Garden Posts?

Written by Lianne Reviewed by Editorial Team
Updated on August 10, 2022 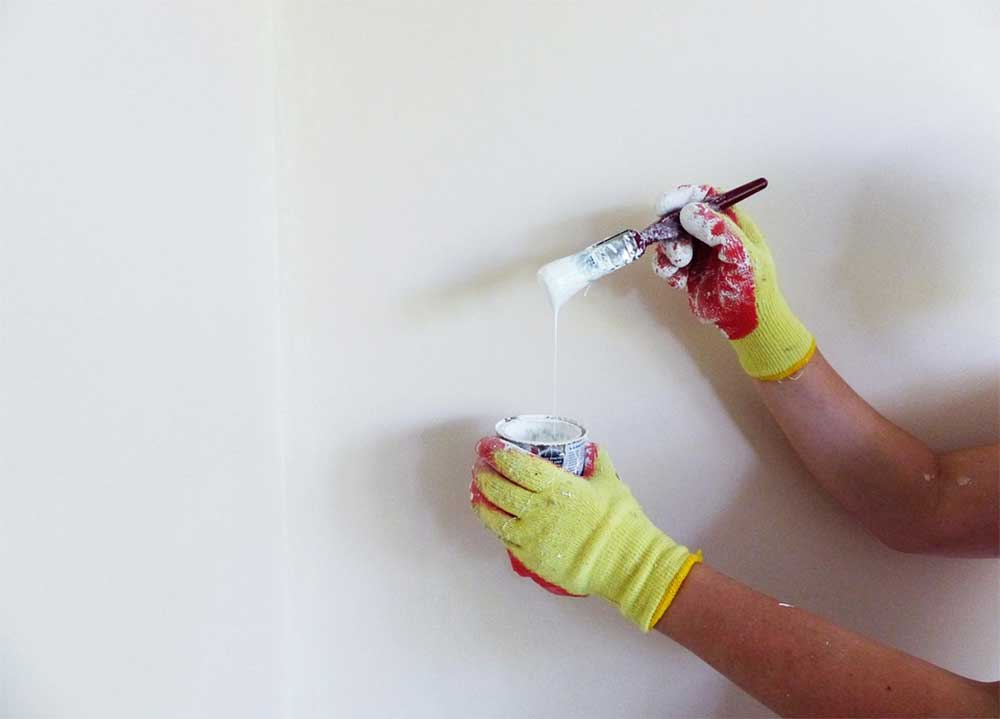 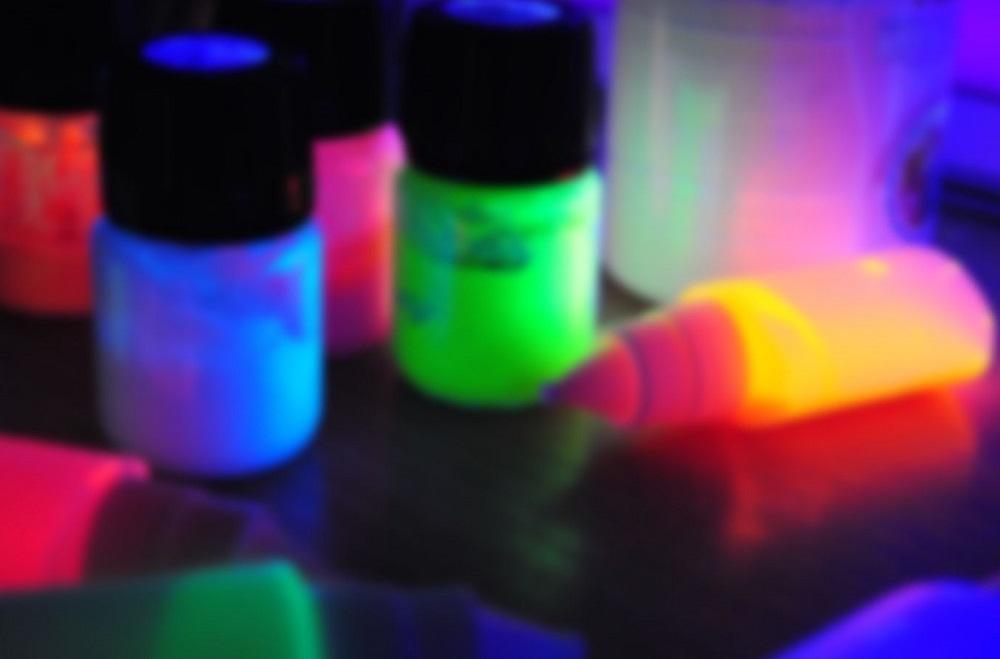 Written by Jim Bettesworth Reviewed by Editorial Team
Updated on December 3, 2021
">Ultimate Guide on Glow In The Dark Paint: How Long Does It Last?